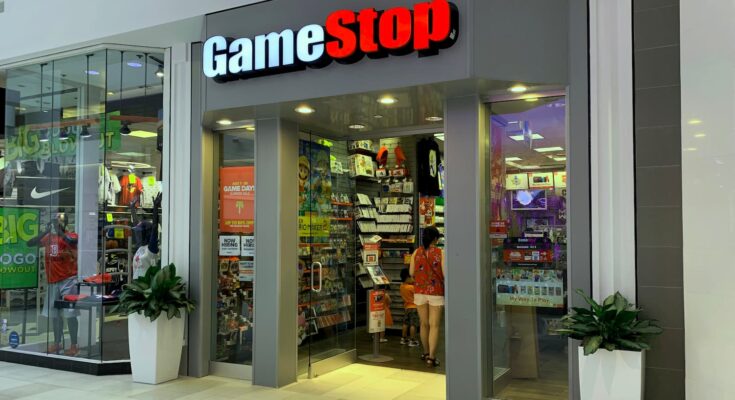 Despite the criticisms directed at NFTs, gaming companies continue to announce forays into the space. Konami recently announced a line of NFTs for Castlevania’s 35th anniversary, meanwhile Square Enix is currently making significant investments into blockchain gaming. According to a report by The Wall Street Journal, GameStop is also joining the cryptocurrency craze.

The video game retailer’s stock rose following the announcement of an NFT marketplace in an attempt to develop partnerships with other companies in the cryptocurrency space. According to the report, more than 20 people have been hired to run this new business division. GameStop plans for its online marketplace to act as a hub for all sorts of purchasing and trading of NFTs, ranging from weapons to avatar outfits.

Of course, this plan means nothing without some sort of infrastructure. That’s where the partnerships come in. GameStop is asking video game publishers and developers to list NFTs on their marketplace after it launches at some point this year. The retailer is also reportedly on the verge of signing partnerships with two crypto companies. Assuming everything moves forward as planned, GameStop expects to enter an additional dozen or so agreements with crypto companies throughout the year.

GameStop’s investment in NFTs and cryptocurrencies may be its way of attempting to stay afloat. The retailer reported a net loss of over $100 million in the final months of 2021. This followed a $215 million loss for the 2020 fiscal year. GameStop has been in financial trouble for a while. Time will tell how this decision impacts the business in the long-run.